The Australasian Society of Clinical and Experimental Pharmacologists and Toxicologists (ASCEPT) is the professional and independent Society in Australia and New Zealand with expertise in the use and toxicity of medicines and chemicals. Established in 1966, ASCEPT is affiliated with the International Union of Basic and Clinical Pharmacology (IUPHAR) and the International Union of Toxicology (IUTOX), and has hosted International Congresses of Pharmacology (in 1987 and 2004) and Toxicology (in 2001 and 2004), and the South East Asian Western Pacific Regional Meeting of Pharmacologists (SEAWP-RMP) in 2007.

A major focus of the Society is its Annual Scientific Meeting (ASM) typically held late Nov – early Dec. Whilst the Society values all its members, there is a strong ethos of supporting students, including mentoring, travel grants and a range of prizes at the ASM. It also recognises the career achievements of its outstanding members by awarding prestigious Society prizes including the Rand Medal, the ASCEPT Lecturer and the ASCEPT Achievement Award, all delivered at the ASM. It also looks to strategic opportunities of combining with other like-minded societies to hold joint meetings that are mutually beneficial.

As we look to the future it is an exciting and challenging time for our professions, and the Society will continue to grow our national and international reputation through the support of our work. We welcome your interest in ASCEPT. Please browse our website or contact the Secretariat for more information.

ASCEPT was founded in 1966, and held its first scientific meeting a year later. Since that time, ASCEPT has developed into the peak professional society devoted to advancing excellence in Clinical and Experimental Pharmacology and Toxicology in Australasia.

Membership is open to persons who are actively engaged in or interested in the pharmacological and toxicological sciences.

ASCEPT is represented by elected Board members. Several ASCEPT members serve on other International and National bodies. ASCEPT is a founding partner of the Australian Medicines Handbook.

We promote advances in research, provide teaching & training and ensure that ASCEPT has a major role in advising government and other organisations on related matters. You can also benefit from discounted rates and networking opportunities.

Becoming a member is easy and we provide international links and professional partnerships. 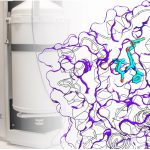 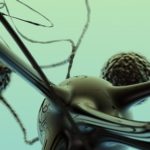 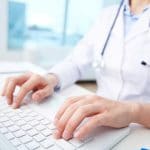