Home / Board and Committees 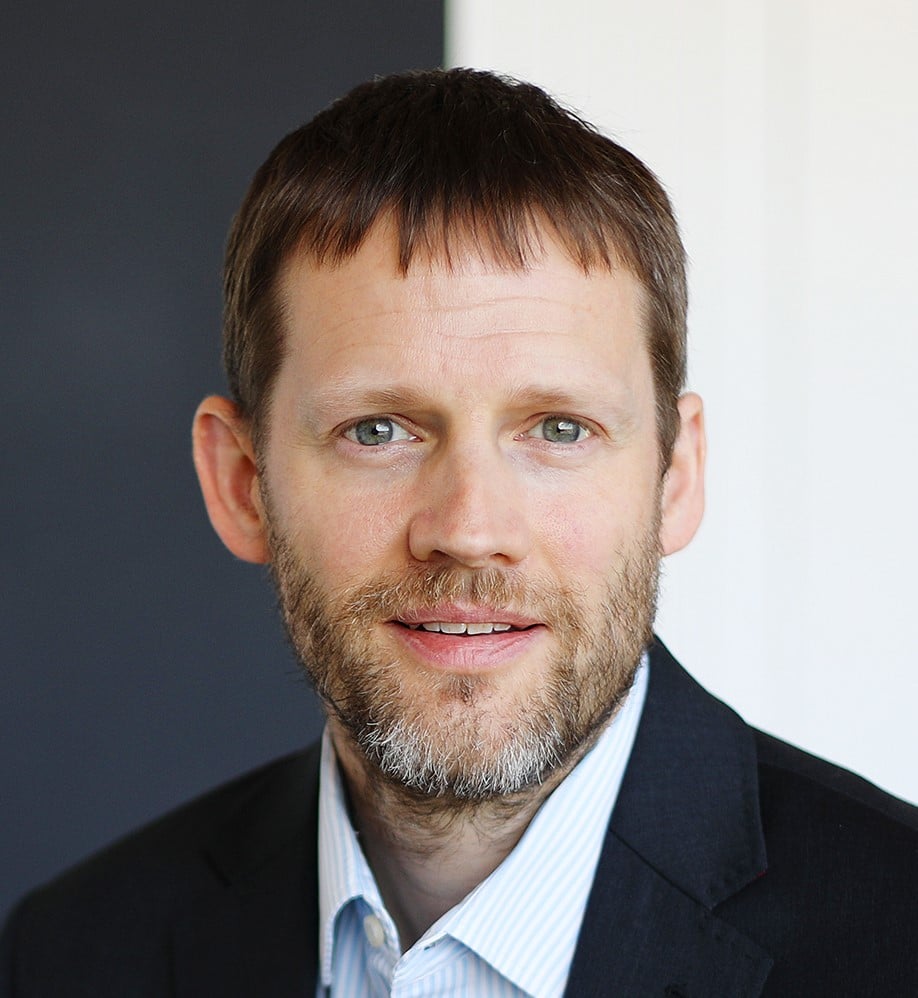 Professor Kevin Pfleger is Director Biomedical Innovation at The University of Western Australia (UWA) and MTPConnect WA Life Sciences Innovation Hub, as well as Head of Molecular Endocrinology and Pharmacology at UWA’s Centre for Medical Research (Harry Perkins Institute of Medical Research). He is also Chief Scientific Advisor of ASX-listed Dimerix Limited and is a member of the International Advisory Group of the British Pharmacological Society.

Immediate Past President
Associate Professor Danijela Gnjidic
School of Pharmacy, Faculty of Medicine and Health, The University of Sydney

Associate Professor Danijela Gnjidic is an NHMRC Dementia Leadership Fellow at the School of Pharmacy, Faculty of Medicine and Health, University of Sydney. Her research expertise is in clinical and geriatric pharmacology, deprescribing, pharmacoepidemiology, and the quality use of medicines. 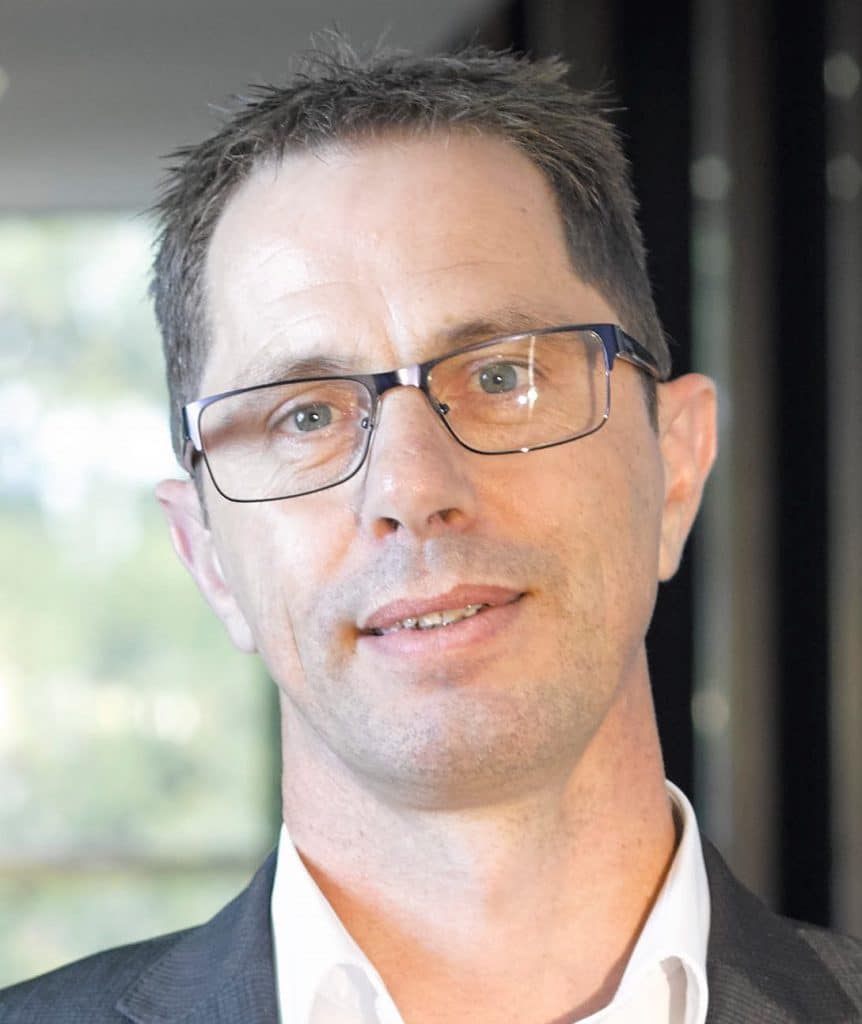 Carl Kirkpatrick is a Professor of Pharmacy Practice, at the Centre for Medicine Use and Safety, Monash University. His research expertise is in the area of Pharmacometrics and Model Informed Drug Development and Discovery. He has applied these approaches intensively across the anti-infective area and a number of other therapeutic areas.

Professor Ross Vlahos is Associate Dean of Biomedical Sciences and Head of the Respiratory Research Group in the School of Health and Biomedical Sciences at RMIT University. His research aims to identify novel strategies for the prevention and treatment of Chronic Obstructive Pulmonary Disease and its co-morbidities including skeletal muscle wasting, cardiovascular disease, cognitive dysfunction and metabolic syndrome.

Member of ASCEPT since 2005.
Associate Professor Wright graduated with a BSc(Pharm) from Dalhousie University in Halifax, Canada in 1986. He holds an MA in archaeology from the University of Bristol (1997), an MSc in clinical pharmacology (2007), and a PhD in pharmacometrics (2013) from the University of Otago. Daniel is the past president of the New Zealand chapter of ASCEPT (2013-2015). Chaired the organising committee for the ASCEPT New Zealand meeting 2014 and 2015. Scientific organising committee of the Population Approach Group in Australia and New Zealand (PAGANZ) 2017-2020. Member of the British Pharmacological Society and Executive Editor for British Journal of Clinical Pharmacology. Steering committee for the International Society for Pharmacometrics (ISoP), Clinical Pharmacometrics Special Interest Group. 2017-2021. ASCEPT ASM chair 2020, 2021 and 2022. Daniel’s research aims to enhance the quantitative understanding of how drug treatments impact human biology and vice versa. The goal is to optimise the safe and effective use of medicines in the clinical setting and improve patient outcomes. His research focuses primarily on adherence science, drug treatments in renal and cardiac disease, rheumatology, and the dose individualisation of anticoagulant therapy. 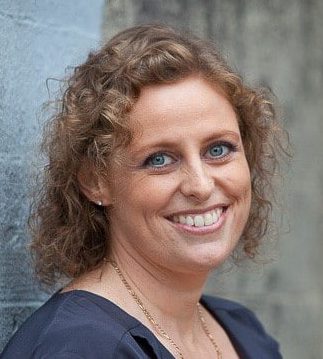 Head, Orphan Receptor Laboratory, School of Medical Sciences, UNSW Sydney
Nicola is a National Heart Foundation Future Leader Fellow with a longstanding passion for molecular pharmacology and G protein-coupled receptors. She obtained her PhD from the University of Melbourne (pharmacology) for studies conducted at the Baker Heart Research Institute before undertaking a CJ Martin/NHF post-doctoral fellowship at the University of Glasgow and Victor Chang Cardiac Research Institute. At the end of 2019, Nicola relocated her laboratory to UNSW Sydney where she is a teaching and research academic. Nicola has been an ASCEPT member since 2002, was an ASCEPT Denis Wade New Investigator, has represented ASCEPT at Science Meets Parliament, and has been the NSW representative on both the Drug Discovery and Cardiovascular SIGs. Since election to the ASCEPT Board of Directors, Nicola has been Prize Co-ordinator (2020-2021), Chair of the Student Forum (2020-2021) and Acting SAC Chair for the ASCEPT Virtual ASM 2021, as well as being active in matters of equity, diversity and inclusion. In her latest role as SAC Chair-elect, she has been actively engaging Special Interest Group chairs/co-chairs to ensure that all ASCEPT members are active in the Society. Outside her work with ASCEPT, Nicola has been an inaugural member of the Australian Cardiovascular Alliance Emerging Leaders Committee and is a current member of their Basic Sciences Advisory Committee. At UNSW Sydney, she is a member of the Athena SWAN self-assessment team and is a project lead for the UNSW Faculty of Medicine & Health Health25 strategy implementation.

I have been a member of ASCEPT for over 20 years attending my first meeting in 1993 as an Honours student. I have served as the Chair of the Scientific Advisory Committee (SAC) and a member of the board (2015-2016). As part of this role, I also co-chair of Annual Scientific Meeting organising committee from 2014 to 2016. Prior to these roles I was a member of the SAC and served as secretary and chair of the Drug Discovery special interest group. I have contributed to the Education Forum for many years as either the education representative for the Drug Discovery SIG or a general member. I am passionate about helping the students develop their understanding of all aspects of pharmacology, but especially in the areas of molecular pharmacology and drug discovery which are the areas of my own research. I have gained so much help and advice from the strong pharmacology education community fostered by ASCEPT and I hope to contribute to the continued development and strengthening of this important forum of ASCEPT.

Kellie Charles is an Associate Professor and Head of the Pharmacology Discipline at the Sydney School of Pharmacy, University of Sydney. Her research areas include drug development and translation of research to clinical trial with the cancer and immunological fields. Following her translational PhD in drug metabolism, she completed a pharmaceutical industry-sponsored post-doctoral research role testing cytokine monoclonal antibodies in clinical trials in the UK (2004-2008).

Kellie has been an ASCEPT member since 2000 and recipient of the ASCEPT Best PhD oral presentation (2004), Dennis Wade New Investigator Award (2009), Cancer Institute NSW Career Development Fellowship (2010) and ASCEPT Teaching Excellence Award (2020). Kellie is also the Academic Lead for the Therapeutics Theme in the Doctor of Medicine Program where she is passionate educator of the basic pharmacology principles and the quality use of medicines. 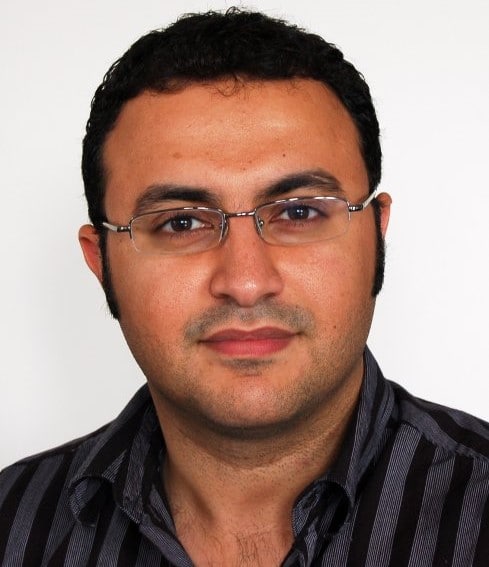 I am an Associate Professor of Clinical Pharmacy at the School of Pharmacy, University of Otago, New Zealand. I hold a master’s degree in clinical pharmacy and a PhD in clinical pharmacology/pharmacometrics. I am currently a member of the British Pharmacological Society International Advisory Group and an associate editor of the BMC journal Pharmacology and Toxicology. 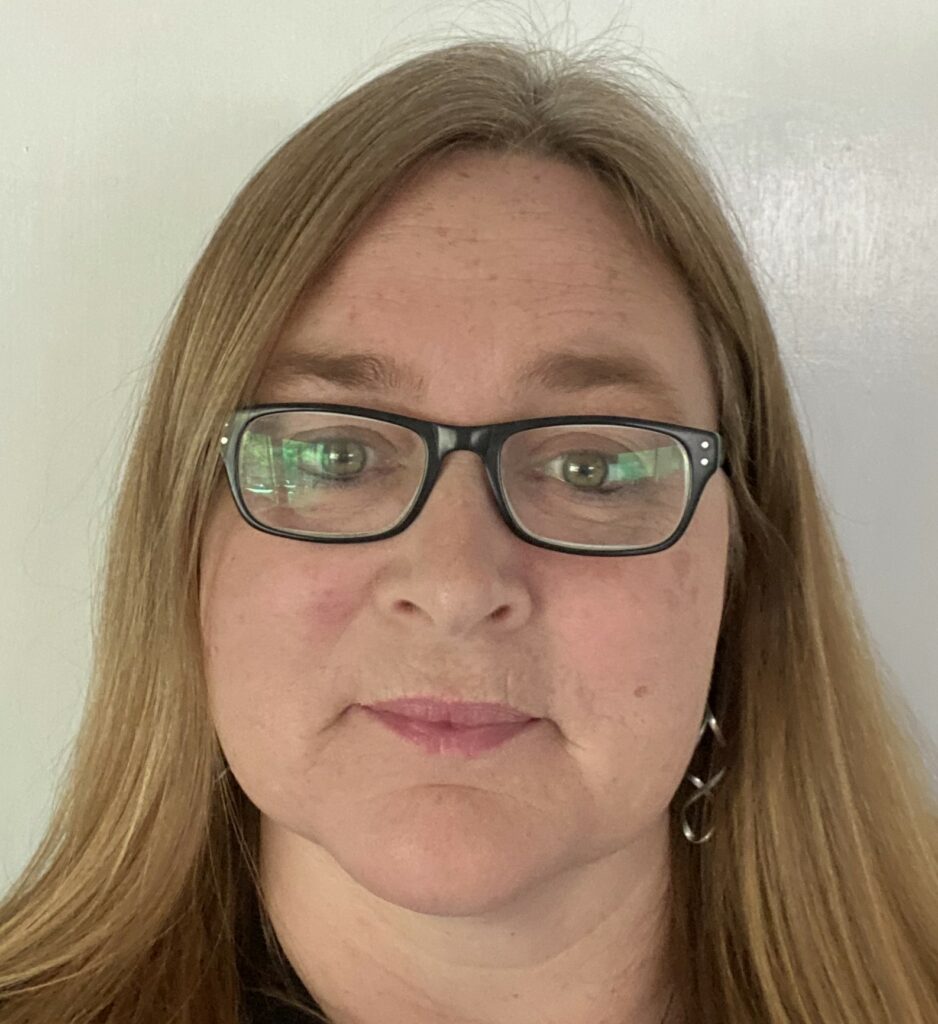 Associate Professor Murnion studied Pharmacology and Medicine at the University of Edinburgh, Scotland. She holds 3 fellowships: FRACP in Clinical Pharmacology, FFPMANZCA and FAChAM.

She is currently Medical Director of Drug and Alcohol Services Central Coast Local Health District and a Conjoint Associate Professor, School of Medicine and Public Health, University of Newcastle. Her current research interests focus on basic and clinical Opioid pharmacology and exercise in Substance Use Disorder. 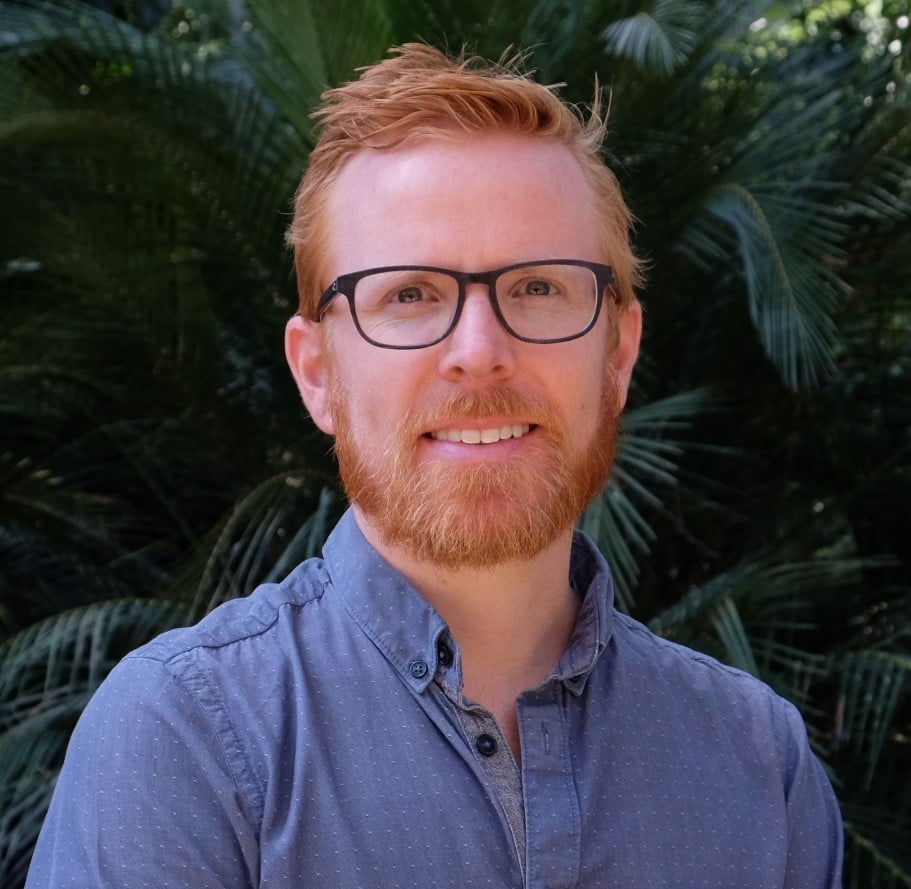 Dr Simon Foster is a Senior Research Officer at QIMR Berghofer and an emerging leader in molecular and cardiovascular pharmacology. He currently holds positions as an Adjunct Research Fellow at Monash University and an Honorary Fellow at the University of Queensland. After receiving his BA/BSc (Hons) degrees (University of Melbourne) and PhD (University of Queensland), Simon relocated to Denmark to spearhead a large project on orphan GPCRs, where he was supported by consecutive Postdoctoral fellowships from the Lundbeck Foundation and the Danish Council for Independent Research. He returned to Australia in 2018 to Monash University, and then joined the Cardiac Bioengineering (Hudson) Group at QIMR Berghofer Medical Research Institute in Brisbane in late 2020. Dr Foster is now combining his research interests in cardiovascular biology, cell signalling and drug discovery with the powerful cardiac organoid platform pioneered in the Hudson lab.

A member of ASCEPT since 2005, Dr Foster has been involved in the ASCEPT Cardiovascular and Drug Discovery Special Interest Groups. He is now the ASCEPT representative on the IUPHAR ECR Committee. 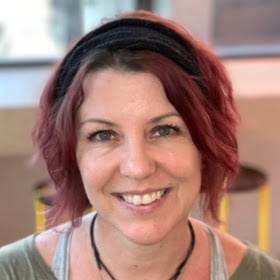 Tina Hinton (BSc Hons, PhD, Grad Dip Sci Psych) is an Associate Professor of Pharmacology at The University of Sydney. She teaches pharmacology to Medical Science, Science, Pharmacy and Medicine students and is involved in biomedical sciences learning and teaching leadership and governance. Tina’s primary research area is neuropharmacology. More recently she has also published on pharmacology curriculum, pharmacology learning activities, and influence of learning space on learner activity. 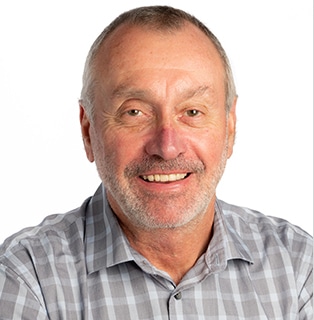 I am Professor Emeritus, previous Head and Chair of Pharmacology and Therapeutics, and Honorary Professorial Fellow, University of Melbourne; Honorary Professorial Fellow, Florey Institute of Neuroscience and Mental Health; Adjunct Professor, Dept of Molecular Medicine, The Scripps Research Institute (laJolla, CA). Main interests in Orexin, Somatostatin, Serotonin, Sleep disorders and Translational Research. I worked 30+ years with Sandoz/Novartis in Basel, am a highly cited researcher (HCR) in Pharmacology and Toxicology (ISI/Web of Knowledge), first listed as an HCR in 2002 with > 395 publications, > 38,000 Citations, H factor = 93 (Google Scholar) and 6 patents. According to the Australian (2020), I was Top Cited Researcher in Pharmacology and Pharmacy in Australia (1995-1999). I am/was Director of ASCEPT (2020-), British Pharmacological Society (2001-2003), President of the Serotonin Club (International Society for Serotonin Research, 2003-2004), Chair of the European Neuropeptide Club (2003-2007), Member of various IUPHAR committees, Society for Neuroscience USA and ASN, German and British Pharmacological Societies, Australasian Sleep Society and of the National Academy of Pharmacy (France). 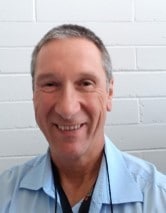 Professor Badoer is currently a research and teaching academic in the School of Health and Biomedical Sciences at RMIT University. He has held numerous administrative and leadership roles.  He teaches pharmacology and physiology and has received various awards in recognition for his teaching, including the ASCEPT Teaching Excellence Award. His research has made substantial contributions in the understanding of the central nervous system in sympathetic nerve regulation and dysfunction in conditions including diabetes, obesity and heart failure. He strongly supports ASCEPT and has been treasurer of ASCEPT for nearly a decade. 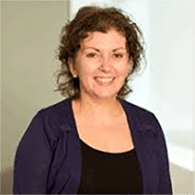 I have a general interest in urogenital physiology and pharmacology, as well as the teaching of physiology and pharmacology to undergraduate students. Since 2013. I have been the co-chair of the National Urogenital & Gut Interest Group as part of ASCEPT. In this role, I have been on the local organising committee for the annual national symposium involving clinicians, scientists and students (~40 delegates every year). A key feature of this symposium is to mentor students, to encourage them to present their work and to provide students with networking opportunities with scientists from around Australia. I have fulfilled the role of board (2013-2014, 2017-2018), or company secretary (2015-2016) for ASCEPT. 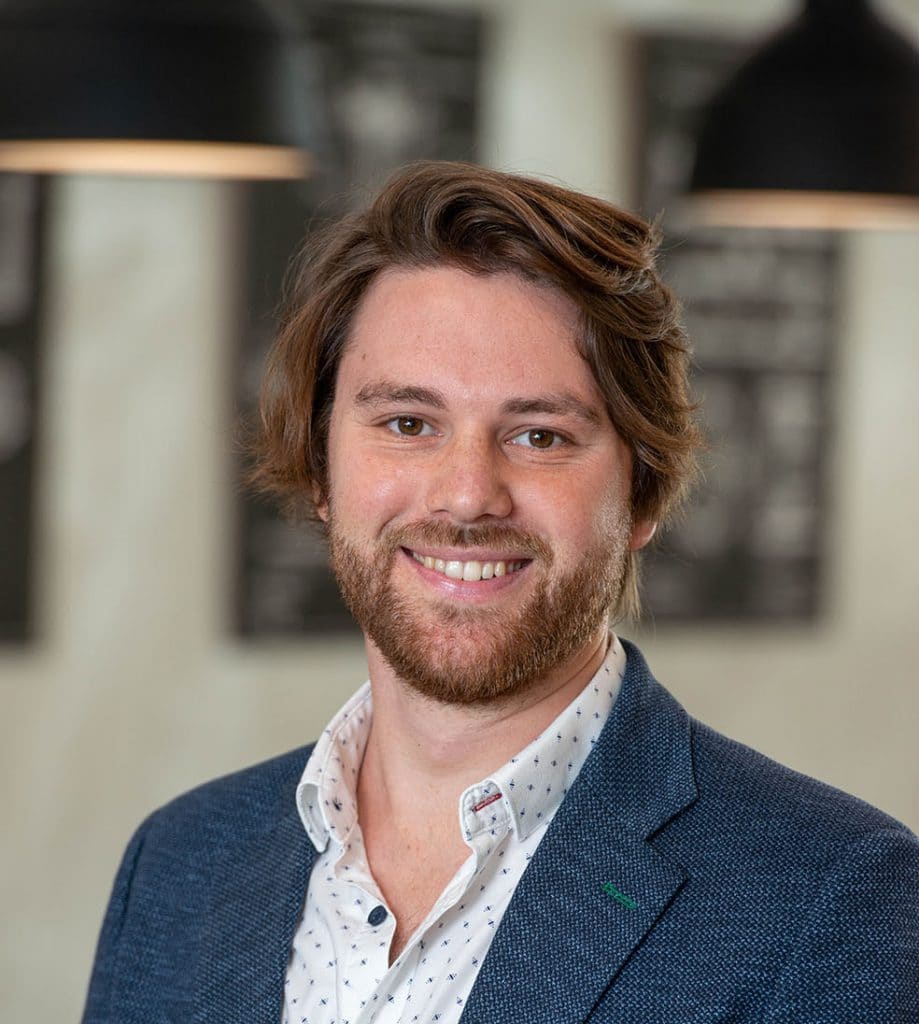 Luke Grundy (BSc Hons, PhD) is a Research Fellow in Clinical Pharmacology at Flinders University, and Head of Bladder Research at the South Australian Health and Medical Research Institute. Since 2018 he has been Secretary of the ASCEPT Neuropharmacology special interest group, and organised the inaugural ASCEPT Neuropharmacology satellite meeting in 2018. Luke has been actively involved in the ASCEPT ASM as a poster judge since 2016, symposium chair and speaker (2018), and as a member of the ASM organising committee in 2019. He received the CERTARA young investigator award in 2021 for his research identifying novel therapeutic targets for the treatment of chronic pelvic pain. Luke is dedicated to providing opportunities for early career researchers, and holds appointed roles within local, national, and international societies to support career development. 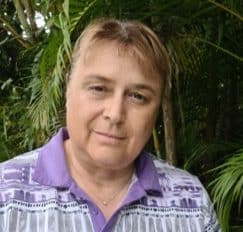 Roselyn is an experimental pharmacologist with research expertise in the areas of cardiovascular and genitourinary systems and over 30 years experience teaching pharmacology to graduate and post graduate students in tertiary institutions across Queensland and Victoria. Within these roles at the School of Pharmacy and Medical Sciences, she has overseen the restructuring of programs and courses using evidence-based models to modify the curriculum to create pedagogically sound resources for teaching. In addition, she has been a member of ASCEPT for 34 years, understands the needs of ASCEPT members, and has an enduring commitment to the values of this organisation and its dedication to the advancement of knowledge within the disciplines of pharmacology and toxicology and its application to improving Health outcomes. 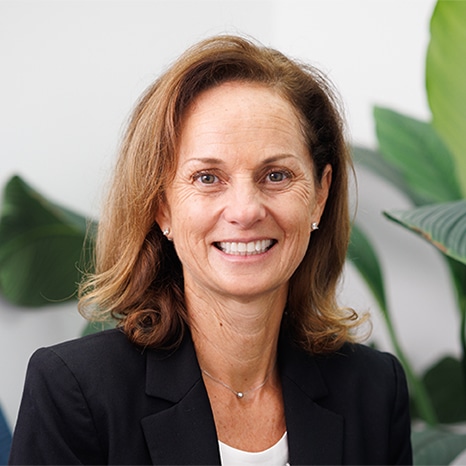 Each Special Interest Group elects a Chair and/or Co-Chair, who may be contacted through the
ASCEPT Executive Officer.

We promote advances in research, provide teaching & training and ensure that ASCEPT has a major role in advising government and other organisations on related matters. You can also benefit from discounted rates and networking opportunities.

Becoming a member is easy and we provide international links and professional partnerships.